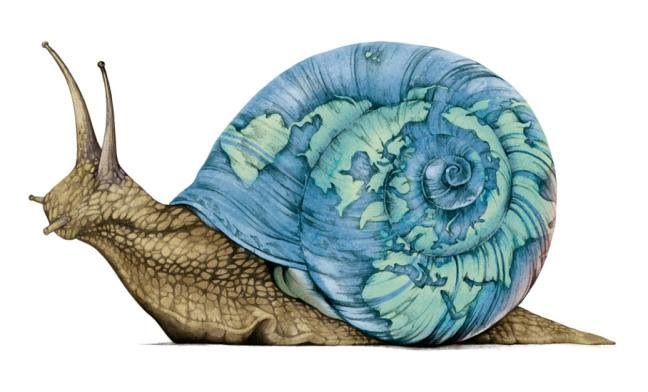 We are living a historical moment where the boundaries between developed, emerging and developing countries are controversial. The traditional patterns of growth that makes it possible to easily differentiate the different categories are now a useless concept that does not reflect the real growth of each country. Just to give an example, the levels of unemployment in Ethiopia –a low income country- is of around 5%, meanwhile Spain -a developed country- is of 20% with a respectively annual growth in GDP of 10% and 3.4%. So, indicators that traditionally could be correlated with growth are not useful to measure the development of each country.

The criteria that higher rates of GDP growth supposes more prosperity and less unemployment rates it does not work anymore. In addition, the indicator debt is the one that is setting the “unsustainability” of the system at local and global level. Becoming a real burden around the world: China: 41%, Spain: 101%, Brazil: 66% or U.S. 104%. In the case of Spain even in the eventuality of a considerable increase on GDP annual growth, the high levels of indebtedness and unemployment will not make it easy to lower those rates.

There is a forecast of global growth of just 3.4% for 2016 and 3.6% for 2017. That means that weakness and slow recovery will be the guideline. Is it so that is important to search for different criteria than the traditional codes of what growth represents and allow new ideas that could really deliver well-being to the citizenship. The first attempt is to look at the impact of the financial global crisis of 2007 however; it is not just this aspect the one that brought the slow down of the economy but in-depth failures in political decision-making process and the collapse of institutions at local and global level. The same reason that allows the global financial crisis to arise is the one that is still preventing countries to growth at economic level: institutional crisis and weakness on political leadership. Therefore is a good management with strong institutions the elements that will bring a coherent recovery and not this long lasting impact after 9 years of the onset of the financial crisis.

Structural reforms are needed and developed countries have much more to learn from emerging countries from a global perspective in which globalisation has become a must to tackle the fragility of the system. Build resilience through a joint action and tackle crises from a counterbalance approach, in which there is no supremacy from one “developed” country over other country named “developing”. At least in terms of debt and unemployment rates it not necessary represents a point of difference.

Getting bigger but not getting better is not the answer to face present crisis and build a resilient world.

Challenges that once they could be resolved through traditional patterns are currently pushing for new models able to make the way for a resilient path guiding by the achievement of good levels of stability in basic indicators for a sustainable growth: debt and unemployment. Which are two indicators that are not showing coherency in terms of what represents a developed or developing /emerging countries.

There is not a smart and proportional allocation of resources and priorities, having as a result weak governmental structures and is for this reason that developing or emerging countries have better chances to growth because they have choose the successful strategies.

Is it also true that economic growth in GDP terms have not bring the prosperity that is desired however, chances to reduce poverty and levels of unemployment come from good levels of economic growth that allows investment to raise, hence a sustainable and productive system. For example, the case of Spain with rates of 101% in debt, 20% of unemployment, and just a prospect of 2.7% rate of growth according to the forecast of IMF. Nobel Prize Edmund Phelps highlighted brilliantly: “I’m not particularly interested in the growth of productivity, except as a measure of the rate of innovation. My fundamental interest lies rather in what’s happening to the experience of work and opportunities to exercise creativity”. However I+D has been the most affected area in Spain that is under a constant fall that now it is reduced to around 1.2% of GDP. Is almost impossible to growth without innovation, and as a consequence lower unemployment rates will come from innovative ways of creating labor positions. Without investment in innovation and austerity policies the possibilities to growth are really intangible.

In the end, as a conclusion, uncertainty is the key to understand and overcome current challenges and those that are awaiting us. Government’s strength to “swim” in this turbulent sea of multiple crises with a special emphasis in building sound institutions is key for success. In which flexibility and capacity of adaptation are the added value that will bring resilience. In addition, political ideologies must be put it aside for the sake of a better economy adapting the government to new demands.

Changing a “political approach” for a “pro- growth approach”.