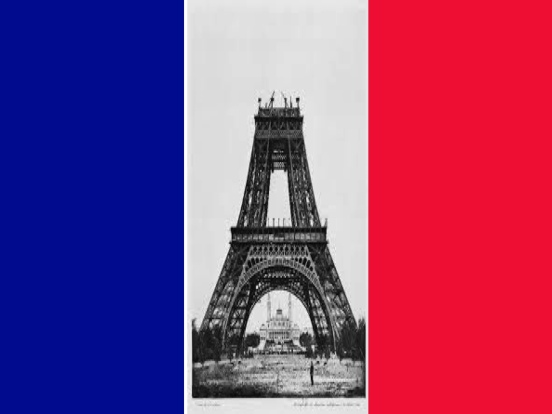 More and more we are seeing the abusive use of racism´s tactics in order to get votes on an extremely competitive political arena. Generate fear and manipulate voters by an exacerbated nationalism is an outrageous act that it takes over the seriousness of a political debate;entering into the minds and souls of thousands of people by pamphlet messages that play with their ignorance and fears. A flagrant assault to the values of a multicultural global society.

In current times and after many decades of building a global world, the concept of “national status” has changed substantially and does not mean an impairing of sovereignty but the strengthening of it. The union of countries and cultures is the basic root for a multicultural society and which gives sense to a global community project. Is on this framework that a remarkable average of extreme poverty has been reduced and important levels of economic growth has been achieved. Only under a “global status” is that each country could build their own national values. Is in this context that a country could demand a stronger defense of their national identity. Those are the basic principles for starting a debate about Schengen´s viability; under the idea that integration supposes freedom for achieving better conditions for nationals and foreign in equal conditions. Never a threat for national values.

Although there is a strong opposition of this multicultural model of world by extremist racists, it´s also true that is the “world we live in” and is under these conditions that political proposals should be done; facing this reality is the way to make positive and effective changes.

However political opportunistic goals transform this focus in an obstacle, and the darkness of ignorance shows up and dominant the stage. Is not helpful to design a national political program without seeing France -or any country in the world- in a global perspective. The current interconnection of national economies around the world, are forcing governments to insert other values and principles and face crisis under this condition: “globality”. Being national in a global context is more than a political ideological position but a reality that any candidate should face with courage.

Political leaders as Nadine Morano or Marine Le Pen are using the political arena to gain votes under an extremist nationalism totally decontextualized of current interdependence of economies and cultures. One of the essence and mission of politics is to bring light to controversial and sometimes overwhelming crises – financial, migration, cultural-. Instead, they are bringing shadow and fear through extreme racist positions and nationalist’s proposals that do not have an objective and tangible plan to be accomplished.

Nadine Morano says that “France is a country of white race that host foreign people”[1], an affirmation that clearly goes against all the policies and focus that France has had in the last decades. Indeed, generations of politicians and civil society have made of France a proud multicultural country and had boost their economy and values precisely around this strategy. Give shape to a political agenda of this kind goes against the own principles contents in French Constitution that in its article nº1 is more than clear: “France shall be an indivisible, secular, democratic and social Republic. It shall ensure the equality of all citizens before the law, without distinction of origin, race or religion. It shall respect all beliefs”. On the contrary to what Nadine Morano[2] assures that her comments are sustained in the law, is precisely the Constitution that cancels them[3].

Meanwhile Marine Le Pen qualified globalization, as “hell“, “degradation of humanity” [4] or “an ideology that considered nations, civilizations and cultures that do not exists”[5], in a vain attempt to erase decades of work and effort from diverse actors to shape a multicultural French society. Globalization has been the only historical movement that search for the empowerment of cultures, making each of them more valued through the integration and better cultural understanding. The boundaries that have been overcome along the last decades were an effort to give more value and more respect to cultures and societies. It was only by integration that it was possible to achieve this ambitious and honorable goal of uniting different worlds in one. This goal had given honor and dignity to the world and by the contrary to M. Le Pen´s claims, ignorance and fears is what really brings “hell” and “degradation”.

Globalization has shown big failures and need to be reshaped, but also brought strong benefits to French national interests economic and culturally. Just to give an example, more than 1.600.000 French live abroad, thanks to this concept.  Before the beginning of this “global era”, there were always massive movements of people who settled in new lands and contribute to shape new and enriched cultures. The defense of national interest goes through the healthy, harmonic and smart integration of national and global interests and not from a defensive attitude. It´s also true that the prevention of massive immigration and its undoubtedly harmful consequences constitutes a big challenge to take in account. Referring to Syrian refugees as economic immigrants is an unfair way to avoid in-depth solutions, trying to take a global crisis into a simple Media manipulation[6]. The international community as a whole acknowledges the existence of war in Syria, in which more than 4 million people are forcing to flee their homes in completely destroyed cities. More than a “game of technocrats” [7] from Brussels is an act of solidarity that in exchange, countries would also get benefits, as Germany does to tackle its demographic challenge for the next 20 years.

In addition, Le Pen stresses the need to struggle against the Islamic State as the main goal to safeguard France and French´s interests[8]. Is curious to see that this abstract debate could become a priority in a national political agenda with a 10.3% of unemployment and a debt rate of 95%.

Great benefits has been achieved thanks to an interconnected world and the acceptance of the rules of the game as a way of “growing up” politically in current global world of constant crisis.

Using political campaigns to confuse concept as “refugee” or “immigrant”[9], or showing globalization, as an attempt to cancel cultures or national identities is a total manipulation and an attack to the own roots of democracy.

The “political game show” should be limited to a fair game in an stage in which the characters exercise and generate a responsible and transparent debate with proposals that do not exacerbate ideological positions that are not part of a global project, in which France is clearly inserted for many decades. Gaining votes by this kind of manipulation is not part of an ethical model of doing politics and it should not be accepted, demanding transparency and alternative models for each proposal. Turning the opposition speech into a constructive long-term political project.

All or nothing is the position of these extremist politicians, a proposal for a shut and isolated model of France, which means going back decades, having as only wealth: the exaltation of extreme nationalist values.

All or nothing is also our proposal for a France open, multicultural and with all that values and authenticity that had made it unique and admired. Vive la France!